Recently there has been discussion regarding on the game Hades among my social circle. The merit of the title has been polarizing so here are my quick impressions of the title. Played on PC using controller with Xbox Game Pass Ultimate.

Immediately the game makes a great impression. The music, art, and control responsiveness is top notch. This is all in line with Bastion, a previous game by Supergiant Games I highly enjoyed on Xbox Live Arcade. Hope Jen Zee is well paid because the art is glorious.

I will admit there’s never been a “rougelike” I’ve ever liked. Over time I keep trying them and I keep quickly bouncing off of them. First impressions Hades feels “rogue-lite” and for me that welcome. After three runs I was able to progress to the first boss then came close to defeating it. The challenge doesn’t feel unsurmountable and there is a charm to the game that doesn’t make it feel frustrating.

One plus with having Xbox Game Pass Ultimate is Hades is available on both PC and Xbox One so my my save data will be available cross platform. I can see coming back to this game over time and just throwing runs at it. Defiantly not going to grind it. The advice to do a few runs then put it down and come back later is appropriate.

At the end of the day initial impressions leave me in the middle of the road. Much respect for the work and craft put into the game. It’s approachable and charming but just not the style of games I typically enjoy. Not going to drop it but not going to grind it either. Time will tell the tale… 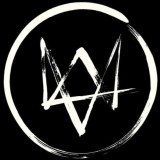